Back in March I had received my fourth professional portfolio critique. It’s been a couple months since then, but I needed to let the feedback settle in my brain before I started following the advice.

As always, I think back to my first conference and how much I failed myself then. Now… well I’m still a failure, but a better failure!

Here’s why with the Dos:

My first critique went horribly and it had me crying in the shower for an hour after.

Here’s why with the Don’ts:

And that’s all I got! I wrote this blog post because I decided to do something that was suggested in my critique. Apparently I succeeded in last years goal of practicing line work because that was one of my strengths with, actually, my traditional pieces. So she wanted me to recreate some images that were digital in watercolor and here’s one she suggested. 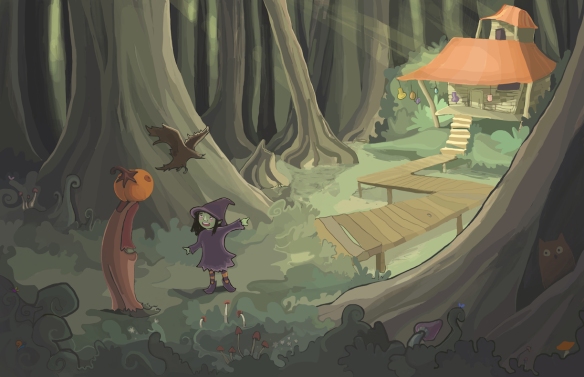 These are so different, but I like both! I was told to move away from digital but I’ll take that with a grain of salt. 😉